The official word from the Lifeline free cell phone experts.

Since the day Barack Obama was inaugurated, the term “The Obama Phone” has persisted. People say Obama is redistributing the wealth by starting a program that gives free cell phones – Obama phones – to the poor. Detractors of both President Obama and of the government’s long-standing phone assistance program have fought over this claim since 2009 with each side mudslinging “facts” at each other.

FreeGovernmentCellPhones.net is going to clear this subject up once and for all with the most detailed account of the facts that you will find anywhere. When you next have a discussion on this topic, just give those on the other side the link to this page.

Is the government giving out free cell phones? 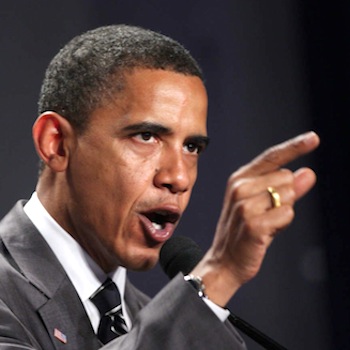 That looks like a big fat NO to us.

The cell phone distribution program did begin in 2008, the year Obama was elected president, but that is a coincidence. Let’s look more closely at the facts.

Notice that earlier we said Link-Up helps fund “installation.” What installation does a cell phone have? None. So why is installation part of Link-Up, which is under the Lifeline program umbrella? Because, the whole thing began back in 1996 when the Federal Communications Commission authorized the programs for landline phones. At that time it provided discounts on landline phones only, for obvious reasons.

To this day the government provides discounts on landline phones for financially disadvantaged people in the United States and U.S. territories. The Link-Up portion helps with the installation and the Lifeline Assistance part helps with the monthly bills, to the tune of roughly ten dollars a month.

Over that time, the usage of cell phones rose and the costs came down. Assuming one believes in the Lifeline program in the first place, and remembering that the FCC has mandated the program, it only makes sense to expand the phone assistance program to include cell phones. So, in 2008 the first application of this program for mobile phones began when a company called Tracfone started their Safelink Wireless service in Tennessee.

Aha, some say, that’s the same year Obama was elected! Well, that’s true. But the service in Tennessee was launched three months prior to Obama being elected. And that means the discussion and approval of the extension of the program occurred under President Bush’s watch.

The Bush Phone, anyone?

How did the Obama Phone rumors start?

Just how did this “Obama Phone” rumor get started anyway? Back around early 2009, emails began circulating that called the free cell phone program the Obama Phone. And you know what happens when emails start getting passed around — few people verify them, and just simply forward them to everyone in their contact list. And the people who forward them believe that Barack Obama has socialist tendencies, so there was a willing audience. Here is just one sample email:

FW: Obamaphone… no joke!!
I had a former employee call me earlier today inquiring about a job, and at the end of the conversation he gave me his phone number. I asked the former employee if this was a new cell phone number and he told me yes this was his “Obama phone.” I asked him what an “Obama phone” was and he went on to say that welfare recipients are now eligible to receive (1) a FREE new phone and (2) approx 70 minutes of FREE minutes every month. I was a little skeptical so I Googled it and low and behold he was telling the truth. TAX PAYER MONEY IS BEING REDISTRIBUTED TO WELFARE RECIPIENTS FOR FREE CELL PHONES. This program was started earlier this year. Enough is enough, the ship is sinking and it’s sinking fast. The very foundations that this country was built on are being shaken. The age old concepts of God, family, and hard work have flown out the window and are being replaced with “Hope and Change” and “Change we can believe in.”

Variations of these emails persist to this day. Like President Obama or not, they are simply false.

And then there are videos like this one, that went viral. Videos of these misinformed people don’t help:

The free cell phones only go to those who qualify for the program under the exact same eligibility requirements that have been in effect since 1996. An applicant is generally eligible if they are at or below 135-150% of the Federal Poverty Guidelines (depending upon the state in which they live), or if they already participate in one of many public assistance programs such as Medicaid, food stamps, energy assistance, public housing and others.

Who pays for the phones?

There’s another running argument about if the phones are or are not paid for by taxpayers. Yes and no, it depends how you look at it.

The money actually comes from a small fee added to most people’s monthly phone bills, called the Universal Service Fund fee. For a complete discussion of this, please read, “Do Taxpayers Pay for Government Cell Phones for the Poor?”

And it’s important to note that it does not cost any more to provide cell phones to people than it does landline. The government subsidizes both equally. In fact, landlines are often more expensive because the Link-Up portion is not always required for cell phones, depending upon the state.

Spread the Word: The Obama Phone rumor is false!

Now you’ve got all the facts and information you need to rebut anyone who calls this valuable program the The Obama Phone. Set the record straight by giving them the link to this page.