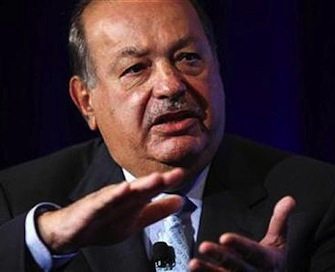 Forbes magazine recently unveiled its annual list of the world’s wealthiest people. This year the list featured a record 1,426 billionaires. And the richest of them all is Carlos Slim, the Mexican mogul who is now worth an astounding $73 billion.

What you may not have known is that America’s free government cell phone program, and the low income Americans who benefit from it, owe a huge debt of gratitude to Mr. Slim.

In the words of Forbes, “Pan-Latin American mobile telecom outfit America Movil remains his most valuable holding at $36.3 billion; the company spread its wings to Europe in the past year, buying pieces of Dutch telecom company KPN and Telekom Austria.”

The Slim family own America Movil, Latin America’s largest mobile phone company, which in turn owns Safelink Wireless, the largest company competing in America’s free government cell phone program. As America Movil said on its website, “According to reports of beneficial ownership of our shares filed with the SEC on March 1, 2010, Carlos Slim Helú, together with his sons and daughters (together, the “Slim Family”), may be deemed to control us through their beneficial ownership held by a trust and another entity and their direct ownership of shares.”

Complex? Of course. For better or worse, that’s the way business deals get structured in today’s world.

But the bottom line is that Carlos Slim, the world’s richest man, has made a considerable investment in the free government cell phone business. Thanks to his farsighted business acumen, millions of low income Americans are able to enjoy the benefits of the Lifeline Assistance program.

We have just one word for Mr. Carlos Slim: