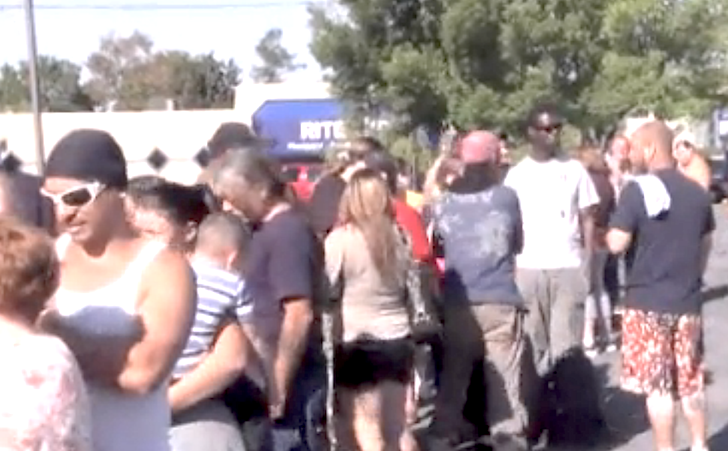 How popular is the free government cell phone program? Or let us put it another way: How important is the program? Let us answer that question by telling you about the controversy created recently in the small, upstate New York town of Watertown.

“Access Wireless began handing out the phones Friday morning in the Valero gas station parking lot and because there were so many complaints, city police moved the crowd from St. Patrick’s Church, to Valero and finally, to JB Wise parking lot.”

Here’s how the Watertown Daily Times described what happened next:

“Told she could not sit underneath the pavilion at the J.B. Wise parking lot, the Access Wireless employee set up shop on a sidewalk just a few feet away, while about 50 people waited to receive a free Android smartphone.”

For those who say the economy is improving, that unemployment is down and people are working again, that the stock market is near record highs, and that corporate profits are healthy, let us give you a different perspective on the same story:

City officials and the Watertown police department bounced the Access Wireless booth from one location to another and another and finally to a fourth location on the same morning, yet 50 needy Americans managed to find the booth and line up in hopes of getting a free government cell phone.

WWNY’s story unintentionally told a key detail of this story without realizing it:

“For nearly three weeks, Ms. Singh has given away about 1,000 phones in Watertown, first in front of the Jefferson County Department of Social Services offices on Arsenal Street.”

How bad is the economy? How many unemployed an under-employed Americans still desperately need the free government cell phone program? We think the truth is exposed by the fact that one representative from one company distributed “about 1000” phones in three weeks in one small town (population 27,500) in upstate New York.

From what we are able to discern from the WWNY and Watertown Daily Times stories, Ms. Singh covers the upstate New York region for Access Wireless. She said that she had distributed free government cell phones in Auburn, Syracuse and Utica without a problem prior to arriving in Watertown. If she gave away 1,000 free government cell phones in a small town like Watertown, how many people lined up for the phones in those larger towns?

There’s a huge disconnect between the headlines in the daily newspapers and the stories trumpeted on the nightly news and the reality in today’s America. If you listen to the politicians and the media, you will be convinced that the economic picture is rosy in America.

If you listen to the thousands of people who line up for free government cell phones, you will get a completely different point of view.

“Singh says Access Wireless will be giving out phones in Watertown until the interest and need die down,” WWNY reported.

Then she’ll move on to another town where, unfortunately, she’ll find thousands of other people who need her help.

Previous Post: The spectacular rise and fall of ReachOut Wireless
Next Post: California screws up its Lifeline website: We give them a few tips on fixing it up