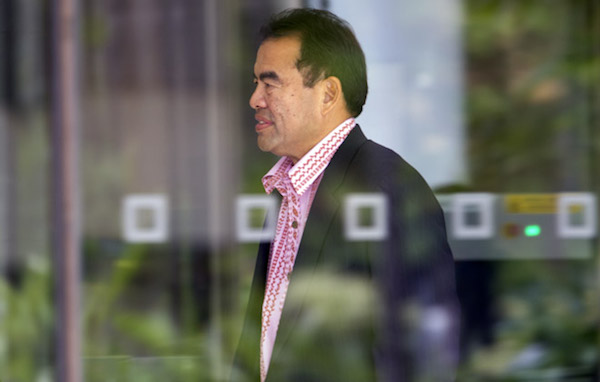 The Honolulu Star Advertiser reports that a jury found Albert S.N. Hee guilty of tax fraud for using his Lifeline Assistance company to pay more than $2 million in personal expenses. And he wasn’t just found guilty once. No, Hee “…was found guilty of interfering with the Internal Revenue Service and six counts of filing false tax returns.”

Assistant U.S. Attorney Lawrence Tong … said the personal expenses include more than $1.67 million Hee directed Waimana to pay his wife and children in salaries and benefits even though they did no work for the company; more than $700,000 in college tuition payments for his three children that Hee continues to declare are legitimate company educational expenses; more than $146,000 in credit card payments and cash withdrawals that Hee says were for legitimate company travel expenses; and $96,000 for twice-weekly two-hour massages, which he told company accountants were for health consultant services.

“The defendant used his company as if it was his own checkbook,” Tong said.

Hee’s defense attorney pitched his own explanation, but the jury didn’t buy it. Steven Toscher said the erroneous payments and deductions were simply accountants’ “mistakes”. If you buy that excuse, we have some beachfront property in Wyoming we’d like to sell you.

The saddest part of this story is that Hee’s companies were founded in order to help poverty-stricken Native Hawaiians who live on traditional lands.

The most surprising thing about this whole case is how much and for how long Hee’s free government cell phone companies were able to rip off the taxpayers. According to Civil Beat:

In 2005, Sandwich Isles had the dubious distinction of operating the nation’s most expensive rural telephone network. That year the federal government paid Sandwich Isle about $13,700 a customer, or 100 times the average for rural phone service on the mainland.

$13,700 per customer? For that kind of money each customer should be able to get a free car along with their free government cell phone. Seriously.

CivilBeat.com reveals the craziness (and that may be the only accurate way to describe the money that ran through Hee’s operation) behind Hee’s accounting:

Sandwich Isles has received about $25 million a year from the ratepayer fund for the past three years, according to FCC filings. Mark Wigfield, a FCC spokesman, said he didn’t immediately know the full amount paid to Sandwich Isles over the years.

The company serves about 3,000 customers on Hawaiian Home Lands, according to DHHL.

The FCC ruling said that the company’s corporate expenses are about seven times higher than companies of similar size that have the highest level of expenses. Sandwich Isles’ corporate expenses include salaries, legal expenses, consulting fees, audit expenses, insurance and management fees.

Seriously, this is insane. On one hand, we want to congratulate the FCC and the IRS for pursuing this case and bringing it to a successful conclusion. On the other hand, both organizations should be embarrassed that they allowed Hee to get away with his scam for so long.

He should just be the beginning. Both organizations should do everything they can possibly do drive other scam operations out of the Lifeline Assistance free government cell phone business. The money they save is much better spent on Lifeline customers who really need the help rather than lavishing millions on fraudulent operators.