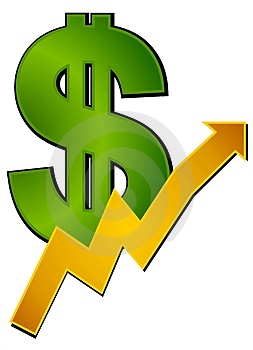 Here’s news that will please those who support the free government cell phones program and infuriate those who oppose it:

AT&T and other phone companies have announced that they are increasing the Universal Service Fee that funds the FCC’s Lifeline phone program for both the free government cell phones and discounted landline programs. The increase will funnel more money to the program and allow the supply of free cell phones to meet demand for them.

Here’s how AT&T explains it on the company website: “While we support the spirit and the principles of universal service, we cannot simply absorb the USF expenses. We believe we are recovering these expenses in as fair and equitable a manner as possible … Effective January 1, 2012 the Universal Connectivity Charge will change from 15.3% to 17.9% of your state-to-state and international long distance charges as well as any service charges. This is the same percentage that is assessed by the FCC on carriers. This fee will not be waived and customers who choose not to pay the charge will be entered into our normal collections process.”

The Universal Connectivity Charge (also known as the Universal Service Fee) is a small “tax” added to each phone bill each month. It’s purpose is to expand phone service to those who need it, but can’t afford it.

Just last week (January 31, to be exact) the Federal Communications Commission approved a proposal that would add cheap internet service to the Lifeline program, which has until now given free cell phones and minutes to America’s needy. Under terms of a pilot program, the cheap internet service will be available to anyone who meets the program’s liberal requirements. It’s expected that the demand for cheap internet would have put further pressure on Lifeline’s budget. This move should ease those fears.

FreeGovernmentCellPhones.net estimates that as many as ten million Americans already have already signed up for free government cell phones and also receive 250 free air and text minutes per month. But the program has been expanding so rapidly during today’s economic distress that some supporters feared it would not be able to meet the demand for more free phones.

We’re happy to say that this increase in the Universal Connectivity Charge (also known as the Universal Service Fee) will alleviate those worries and allow the free government cell phone to continue growing and helping those needy Americans how need it most.