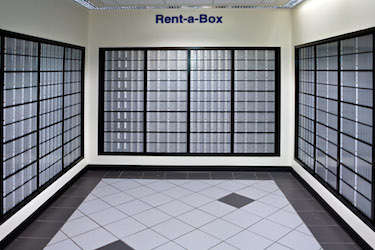 “I live in a homeless shelter so I can’t get a free government cell phone.”

“My only address is a post office box, so they won’t give me a free government cell phone.”

“Help. I qualify for a free government cell phone, but I can’t get one because they don’t like my address.”

We’ve received literally thousands of comments and emails in the last few years from low-income Americans who are perfectly qualified to receive a Lifeline free government cell phone except for one thing — a quirk in the Lifeline Assistance regulations that disqualify them simply because of their addresses.

Now it looks like the Federal Communications Commission is finally taking it’s first small, but serious look at how to solve the problem.

On November 21, the FCC asked for comments on how the National Lifeline Accountability Database (otherwise know by the initials NLAD) can accommodate addresses for participants of address confidentiality programs (ACPs).

We threw a lot of initials at you in that last paragraph, so let’s clarify the issue. An ACP allow a victim of domestic violence or sexual abuse to keep his or her home address confidential. That means it won’t end up in public records.

ACPs are issued and administered by the states and give victims alternate, shared mailing addresses for use on public documents (such as voter registration or, more important in this case, an application for a free government cell phone).

What’s a “shared mailing address”? Good question. They typically include a post office box that can be accessed by an individual who has the correct code.

This would be an important development, or should we say improvement, to existing Lifeline regulations, which do not permit a PO Box to be used as a residential address for the purposes of applying for or receiving free government cell phones.

The Federal Communications Commission is looking for comments. They want to know if you think the old, restrictive rules that prohibit the use of PO Boxes should be waived for those unfortunate individuals who participate in ACPs.

We urge you to contact the FCC and make your voice heard. While we completely understand the reason the regulation was initially proposed and passed, we’ve heard from too many people who have fallen into the unintentionally-created cracks caused by this regulation.

And while they’re at it, we urge the FCC commissioners to address the broader problems created by the same regulation.

In other words, make it easier, not tougher, to get these phones into the hands of people who so desperately need them.

Previous Post: FreedomPop announces free cell phone service that works with your own phone
Next Post: Nearly 5 million eligible Americans still don’t have free government cell phones. Are you one of them?